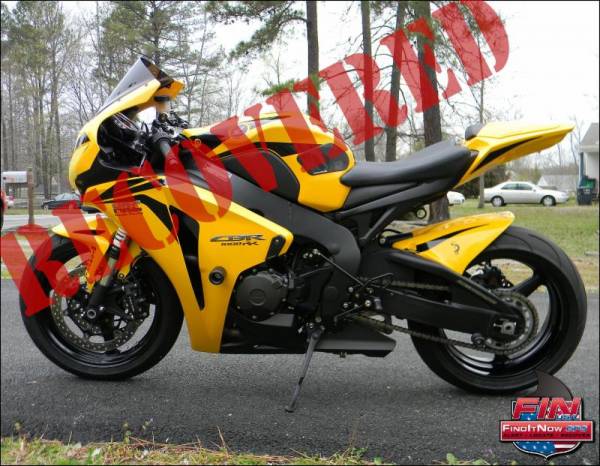 Union City, GA - At 6:06am on Tuesday, April 19th, the FIN GPS Security theft recovery team received report of a stolen 2008 Honda CBR1000. Utilizing the FIN GPS security device that was installed on the motorcycle at purchase, along with state-of-the-art software and tracking tools, a FIN vehicle recovery expert was able to locate the stolen bike within minutes.

FIN immediately directed authorities to the location of the stolen sport bike. Responding officers were met with aggressive resistance from theft suspects, including the use of dogs. It was further reported that a deputy was stabbed during initial entry to the location. Several other stolen vehicles were found, including cars, trucks, and other motorcycles. The stolen Honda was already stripped and in the process of being repainted. Find It Now assisted in tracking and recovering this same motorcycle in February of 2016.

Established in 2008, Find It Now USA is a Florida-based, Veteran owned and operated company, specializing in motorcycle and power-sports vehicle theft detection and recovery. Visit FindItNowUSA.com or call 888-811-3883 for more information.