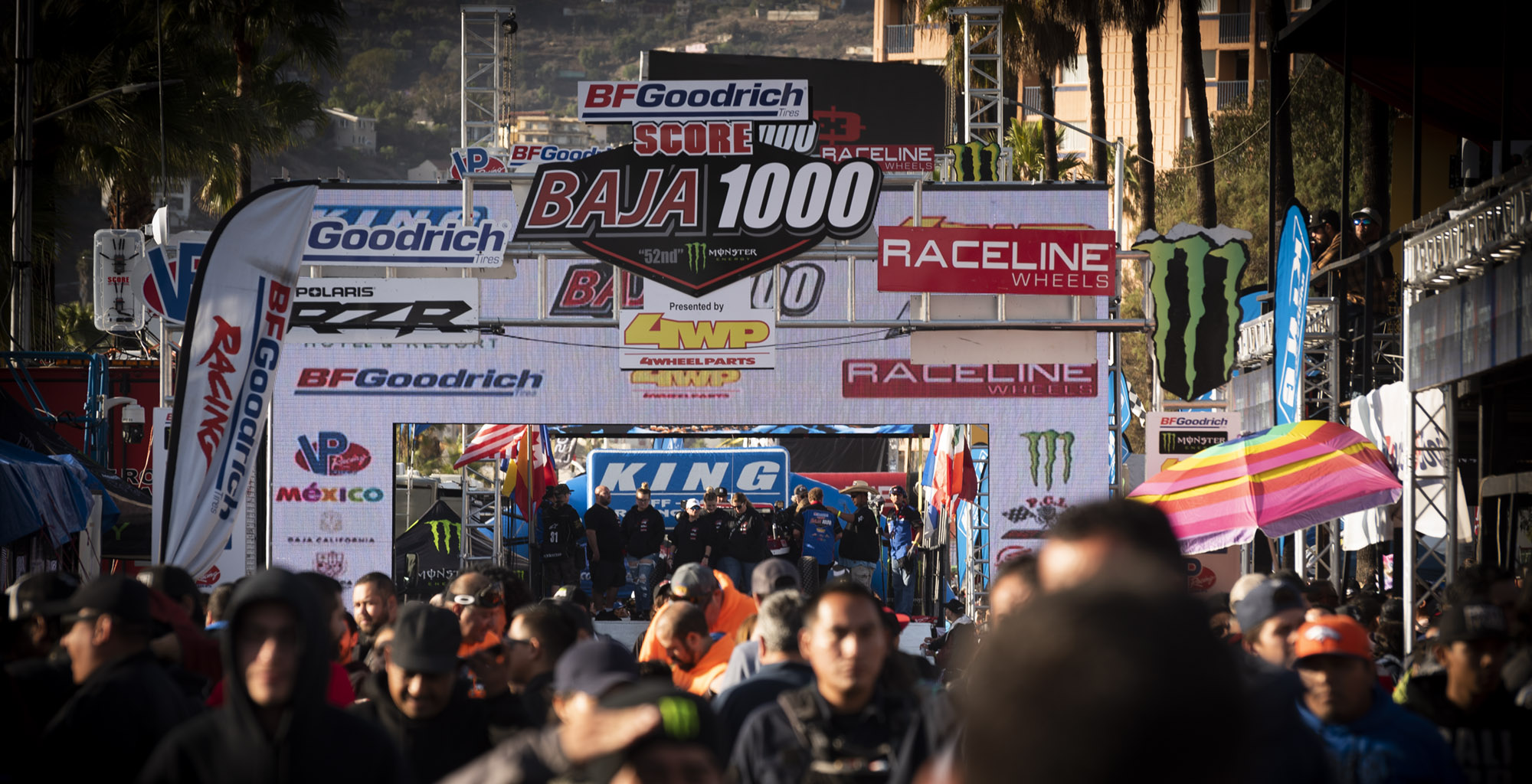 ENSENADA, Baja California, Mexico— With several thousand votes already submitted, online voting ends at midnight PT on Saturday (Dec. 28) for the 2019 SCORE Off-Roadsman Awards from this year’s SCORE World Desert Championship.
Having completed 46 years as the World’s Foremost Desert Racing Organization, SCORE International has eight annual SCORE Off-Roadsman Award winners selected by online voting on the SCORE website at SCORE Online voting for Off-Roadsman of the Year Awards here which opened last week and will close at midnight PT on Saturday.
Five additional SCORE Off-Roadsman categories, including Original Chassis Builder and Engine Builder are determined by a special points system. The SCORE Person of the Year Award and the SCORE Legacy Award are both selected by a SCORE committee.
Winners of the public voting will be honored in January during the SCORE Awards Night which celebrates the four-race 2019 SCORE World Desert Championship. This is the ninth year that SCORE has used online voting to determine the award winners. Prior to that, the winners were selected by way of a vote conducted solely with SCORE members.
Here are the official voting lists of finalists for the 2019 SCORE Off-Roadsman Awards…

2019 SCORE Off-Roadsman of the Year Finalists

SCORE Contingency Company of the Year

SCORE Mechanic of the Year

SCORE Journalist of the Year

SCORE Photographer of the Year

SCORE Videographer of the Year

SCORE Team Manager of the Year

SCORE Rookie of the Year

SCORE AWARDS NIGHT
SCORE International will celebrate on Saturday, Jan. 11, 2020 at the popular San Diego Air & Space Museum at the historic Balboa Park, during the 2019 SCORE World Desert Championship Awards Night. The popular museum is located in the heart of San Diego.
At the San Diego Air & Space Museum, over 600 SCORE racers, family, friends, crews, sponsors and media will bask in the Southern California sunshine as the SCORE Awards Night will honor the history and fame of the name which is the standard for desert racing worldwide while celebrating the four-race 2019 SCORE World Desert Championship.
This will be the third time and third straight year that the annual SCORE Awards Night will be held at the San Diego Air & Space Museum and the 11th time the historic evening will be held in Southern California since 2000, when it was held at Joe’s Garage automotive museum in Tustin, Calif. It will also be the 10th consecutive year in SoCal for the popular event. The event celebrates the World’s Foremost Desert Racing Organization that has completed its 46th season.
“These evenings are always very special,” said Jim Ryan, who is completing his fifth year as the SCORE Sales and Marketing Director. “It is a great time of tribute and reflection for racers, families and crews to get together and celebrate another amazing SCORE racing season.  The San Diego Air & Space Museum provides a very memorable and fitting environment to honor the achievements of the world’s greatest desert racers.”
TASTY TICKET
Tickets priced at $89 per adult and $69 per child 12 and under, are being sold online at2019 SCORE Awards Night Tickets here or by calling the Audreonna Garcia, SCORE Registration and Membership Director at 775.852.8907. Museum admission and one drink ticket included.
Payment may also be made by check sent to the SCORE International Reno, Nevada, USA office. Options are also available online to reserve tables that will seat eight to 10 guests.
Ticket sales will close for the popular evening at 8 p.m. PT on Thursday, Jan. 2. There will be no ticket sales at the door.
A pre-awards no-host reception will start the festivities at 6 p.m., followed by the dinner at 7 p.m. and presentations starting at 7:30 p.m.
EARLY ENTRY
Guests at the event will be allowed to enter the museum at 5:30 p.m. to view the numerous historical displays at the popular facility prior to the start of the reception at 6 p.m.
AWESOME AWARDS
In addition to the special SCORE Achievement Awards and the Pro and Sportsman classes that qualified racers for class season championships along with five overall point champions who will be honored. Another highlight of the evening will be the presentation of the annual SCORE Off-Roadsman of the Year Awards.
Individuals as well as manufacturers and organizations are honored through nine distinct SCORE Off-Roadsman of the Year Awards, whose winners are decided by several thousand SCORE fans through online voting including the entire SCORE membership of more than 2,500. Among the awards to be presented are SCORE Rookie of the year, SCORE Contingency Company of the year, SCORE Pit Support Team of the year, SCORE Mechanic of the year and SCORE Person of the year. Online voting is underway through www.score-international.com.
The 2019 Manufacturer point champions to be honored as well are Jimco Racing (Original Open Wheel Chassis), Dougans Racing Engines (Engine Builder), Geiser Brothers (Original Truck Chassis), Polaris (UTV) and KTM (Motorcycle).
Another element of the diverse program for the evening will be the presentation of the 2019 Rod Hall SCORE Milestone Awards, presented by VP Racing Fuels.  As it has for 34 years, the coveted SCORE Milestone Awards are presented to those racers who finish every required mile of the 2019 SCORE World Desert Championship. A SCORE-record total of 47 racers completed all 2,025.43 required miles in the four-race 2019 SCORE World Desert Championship.
Also part of the evening will be the presentation of the SCORE Legacy Award posthumously to legendary Hall of Fame racer Rod Hall, the only person who raced in the first 50 SCORE Baja 1000 races, earning a race-record 25 class wins in those 50 years.
Because of the 24-hour weather delay in the start of November’s BFGoodrich Tires SCORE Baja 1000, presented by 4 Wheel Parts, SCORE will also present the awards to the top finishers from the 52nd anniversary of the iconic race at the SCORE Awards Night.
The evening will include a colorful video/photographic tribute to the 2019 SCORE World Desert Championship produced by BCII TV, SCORE Live and GetSomePhoto.
SCOREscope
2020 SCHEDULE
Here is the four-race 2020 SCORE World Desert Championship and for the fifth consecutive year all races will be held in Baja California, Mexico: